It transpired that we were exhibiting at the 2017 Pi Wars and not competing. This proved to be quite fortuitous. Having never been to see Pi Wars before we really did not know what we were letting ourselves into.

The DalekBot itself was at a convenient point in development in that everything that we had built was working and we were running out of time. 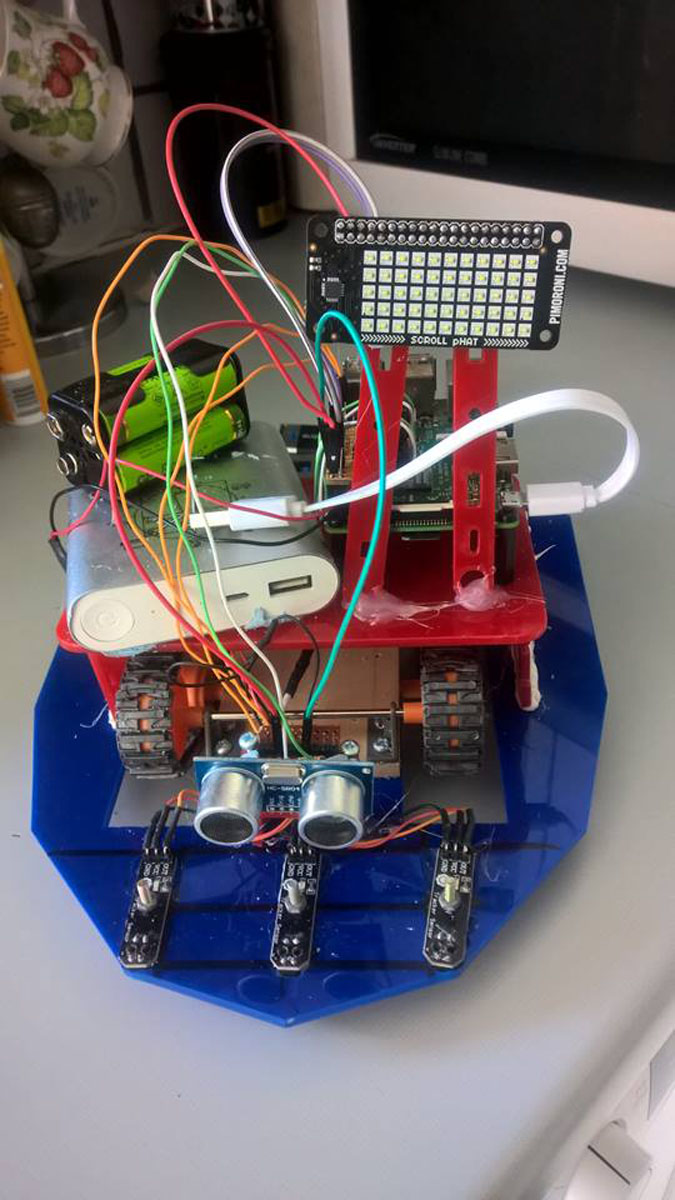 The pHat was added to let us know what the DalekBot was doing and it was trained to shout “Exterminate!”

We then started working on making it look Dalekish.

This picture features my son, Alex, and a friend (the one with the Laser cutter) after we had the “skirt” plotted and cut. This actually happened shortly after the blue bit was cut, but this is a better point to show it. 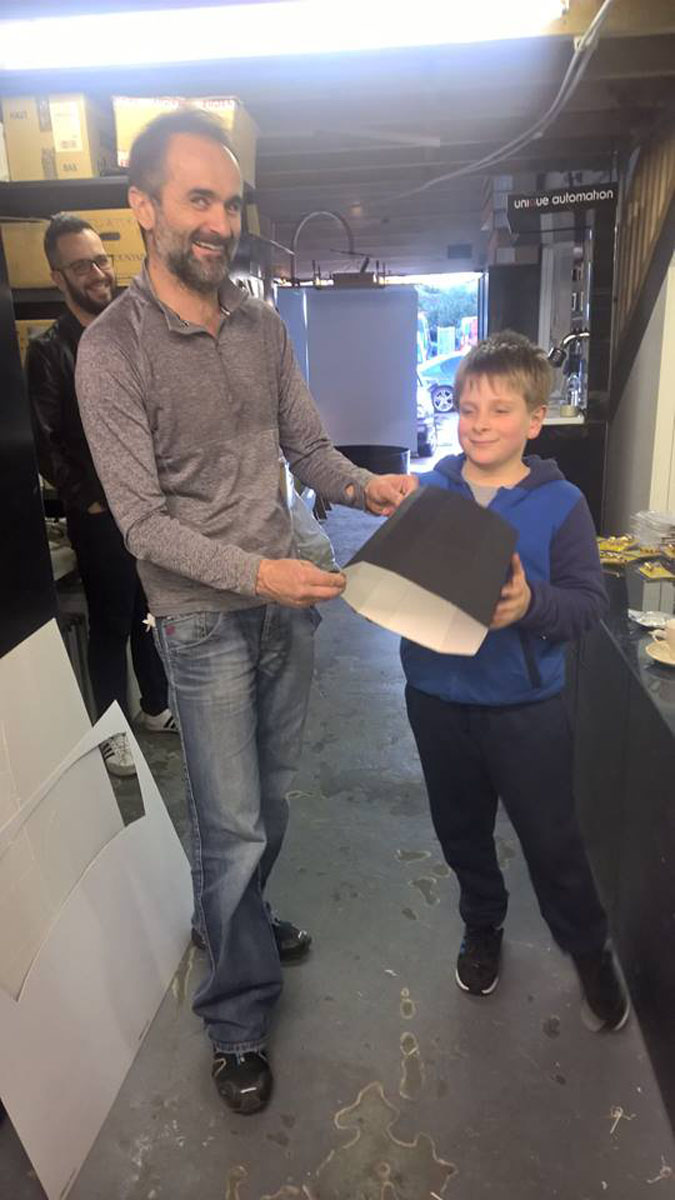 The skirt was cut, bent to shape and taped to hold it’s position. 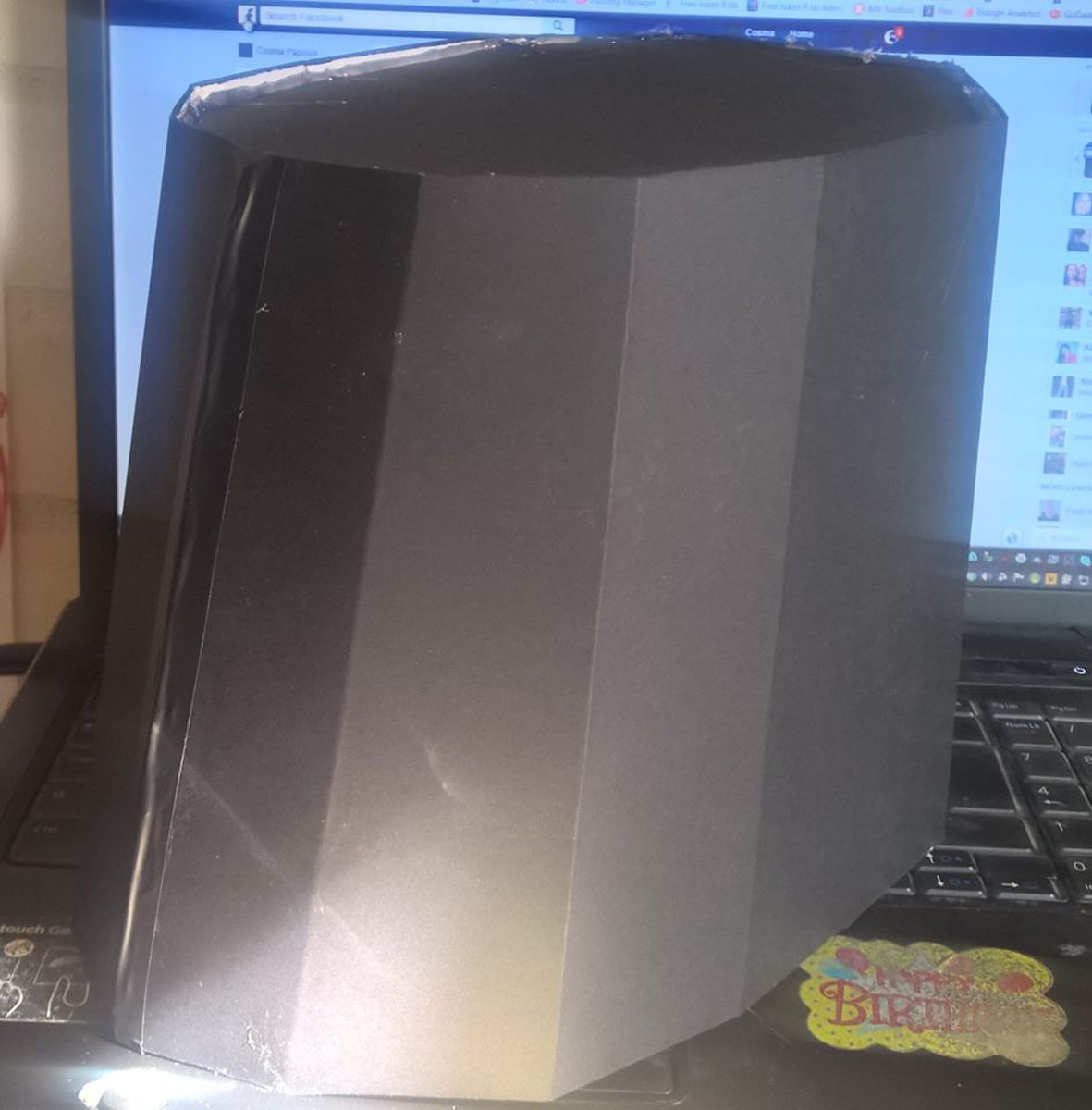 Further bits of card were shaped and hot glued in to position. 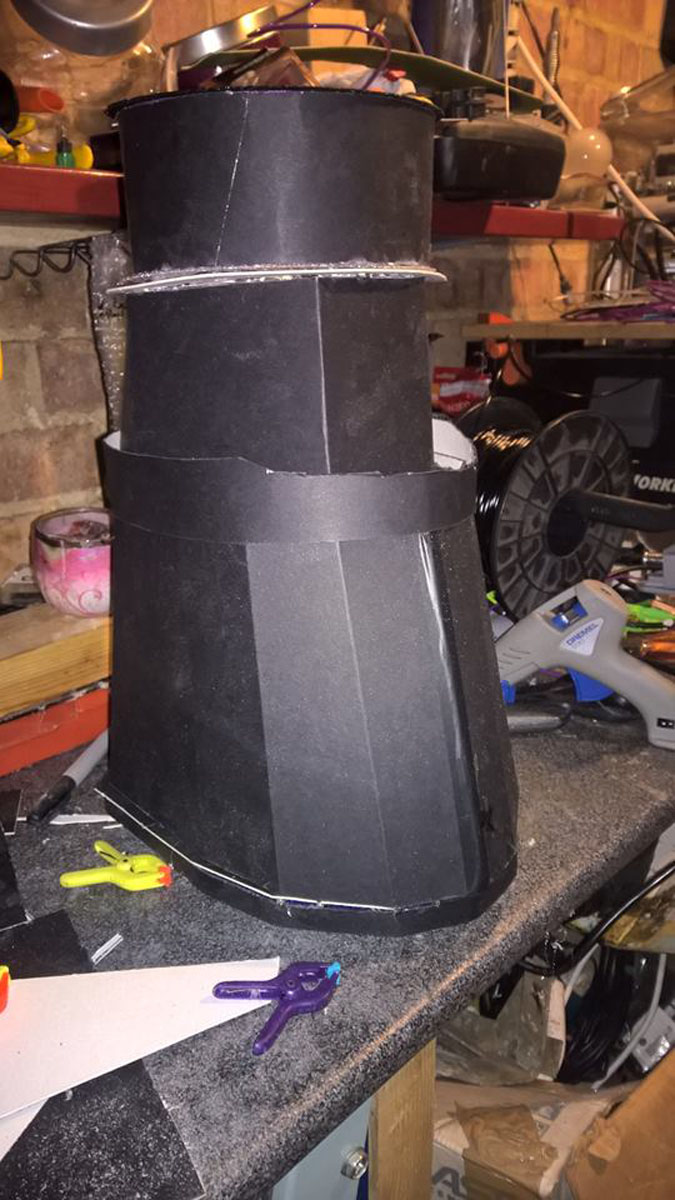 Parts such as the weapons, ears, eye and head were to be 3D printed.

The weapons, ears and eye were fairly easy to print, but the head (dome) proved to be a real challenge. Due to issues with the printer and the filament, we used the better filament in failed attempts to print the head so were left with a small quantity of aging Black filament.

Due to its age, the filament broke regularly. Also the build files called for a central support that was supposed to be made from a different filament that was to be removed after the print. Alas we did not have the luxury of using two types.

Once the printer started printing we had no choice but to baby sit it, reinserting filament in the extruder head every time it broke. The image below shows the beginning of the head and the central support, 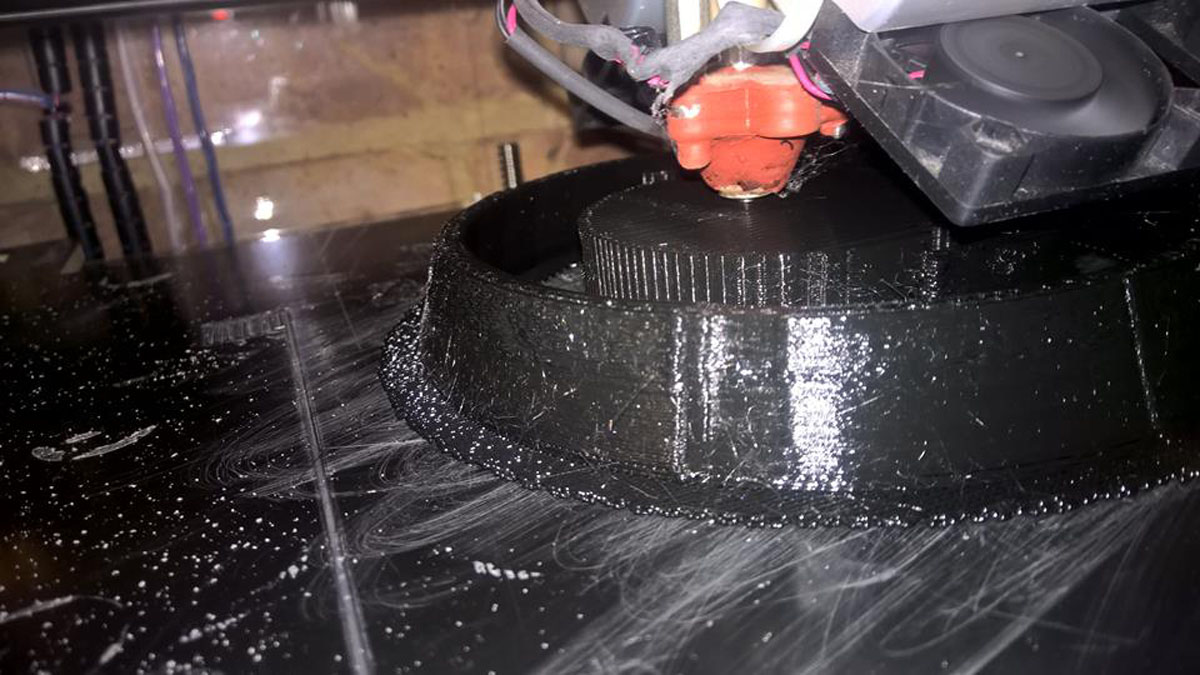 After three days we had a head (Dome). 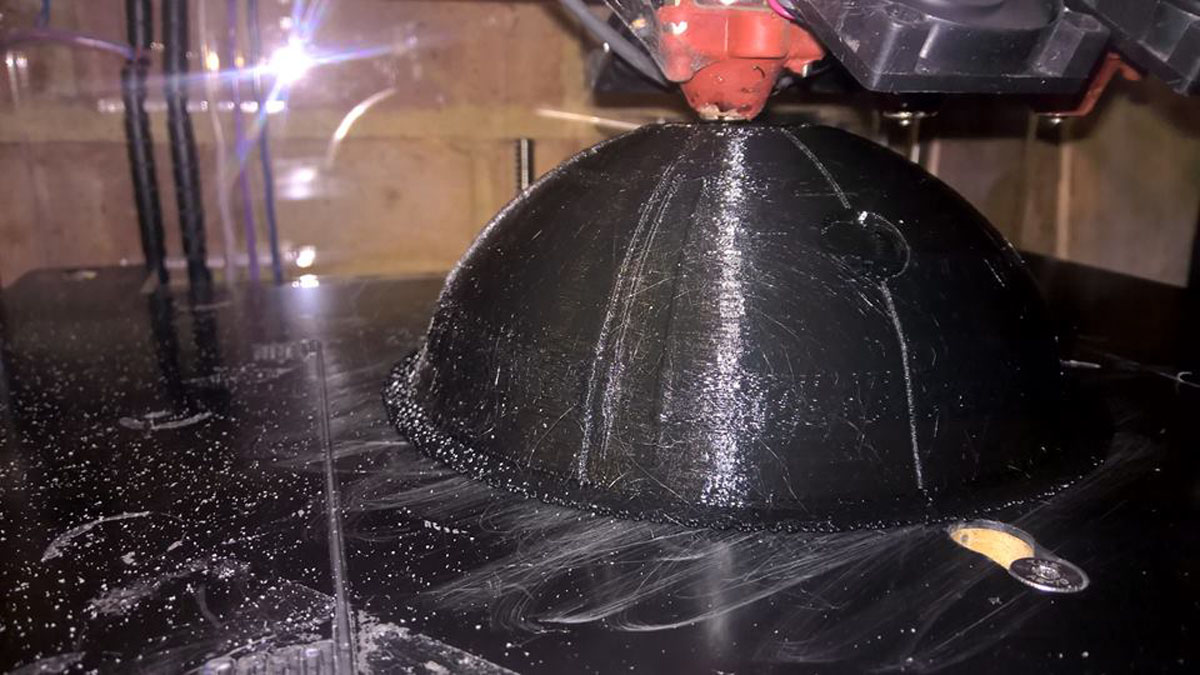 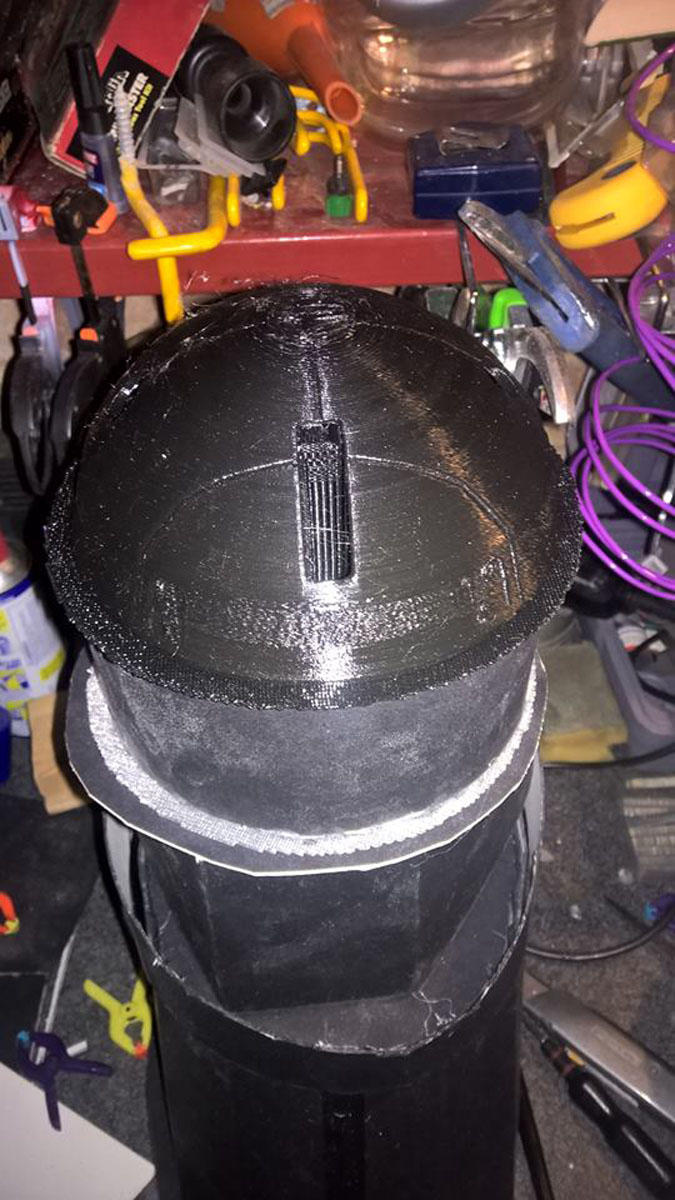 The completion of the dome came as we were starting to panic about having enough filament left!

The failed attempts to print the dome were pressed into service as shapers for the neck section.

LED’s were added to the eye and ears for effect and then the whole bot was sprayed with mat back paint. 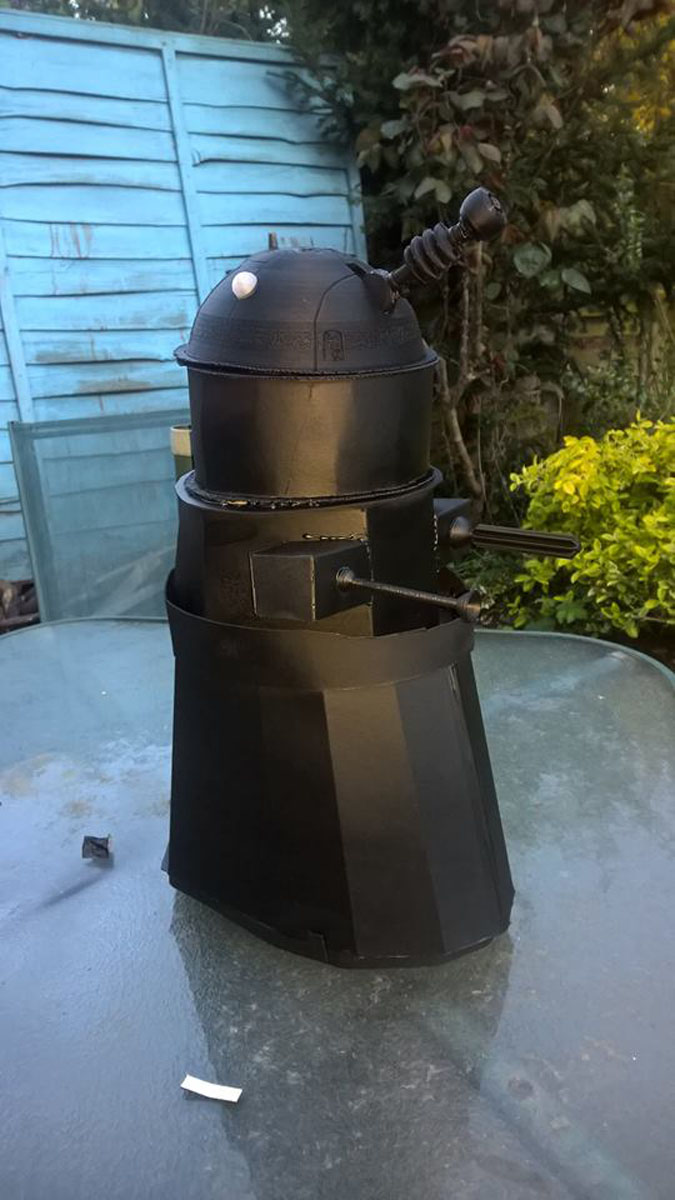