Having decided that we were to be going down the caterpillar track route we had to give some consideration to appearance (this is where the blue bit comes in again, see I told you it would be back). The plan was to create a cowling that would be Dalek shaped. The base of the Dalek (the wooden bit) was not really conducive to the cowling idea and so we decided that what we needed was a place to attach the cowling.

We located some accurate plans for a Dalek (specifically a “Renegade” Dalek) and plotted out the base in a CAD program. This was then scaled and cut out of Perspex using a laser cutter, leaving space for the tracks to pass through. We then put the parts we had together so we could start coding and testing. 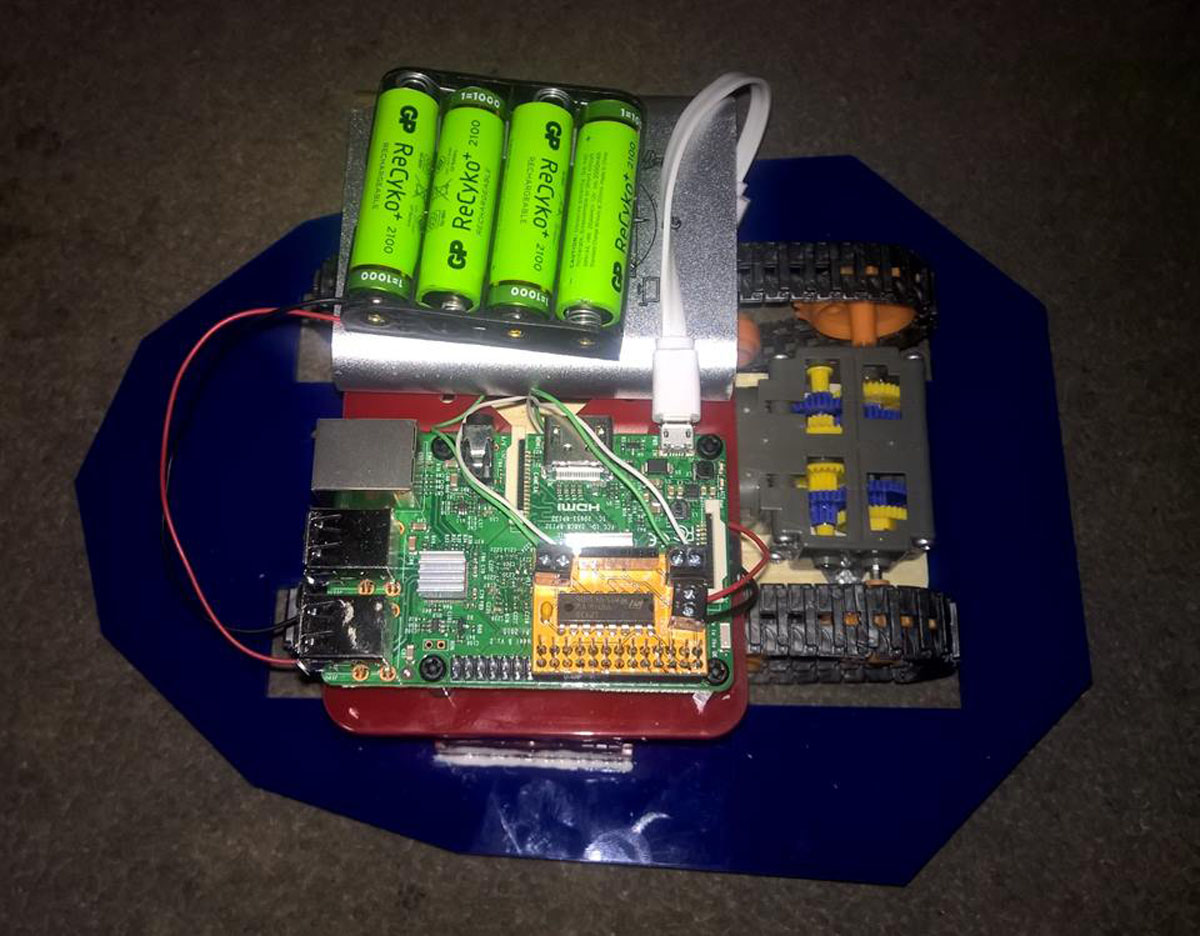 In this picture you can see the caterpillar tracks attached to a wooden board with the blue shaper attached to the bottom. The silver box is a USB mobile phone charger, that is used to power the Pi and the Green batteries are powering the motors. Also visible is our motor controller.

After some basic testing we decided to start working on the tasks.

It became apparent that we would need some sensors for tasks such as line following and the Minimal Maze.

After some more testing it was decided that we could not have the line following sensors sticking out from the front of the Dalek as they a, were vulnerable to being broken and b, looked silly and spoiled the overall effect.

Some holes were drilled and a small platform was made to hold the circuit board and ultrasonic sensor. 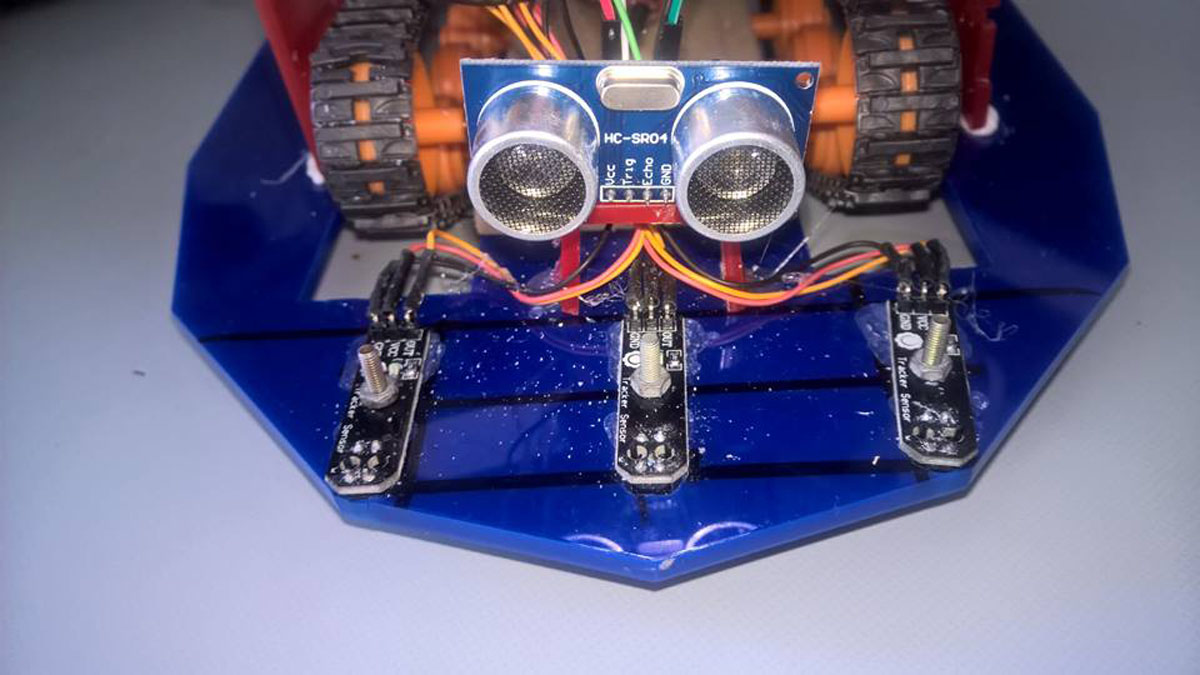 This proved to be quite effective so development continued.