Our intrepid team of Roboteers are given an unexpected challenge.

Our journey to PiWars 2018 actually started in 2015 with a simple 2 wheeled bot that was controllable using a WiiMote.

This allowed us to work on the motor control code and start to experiment with ultra-sonic sensors.

At this stage it was just a bit of fun and we had not really thought about entering PiWars.

This all changed in 2016 when the organisers of Hack Horsham (thank you Marcus and Nik) told us that we had been entered in to PiWars 2017! Gulp!

We would be the official Hack Horsham team and so we decided that we needed to pull our fingers out and actually try to be if not competitive, at least not an embarrassment!

After many discussions it was decided that we would go for a tracked design. A bit of Googling revealed a suitable set of tank tracks and a little more googling found a suitable twin motor gearbox assembly.

It was intended to make the bot Dalek shaped as a homage to the inventor of the Daleks, who was from Horsham.

In this photo you can see the Caterpillar track assembly and the control Pi, which is camouflaging the gearbox and motors. The Blue part is vital to the end result, but more of that later… 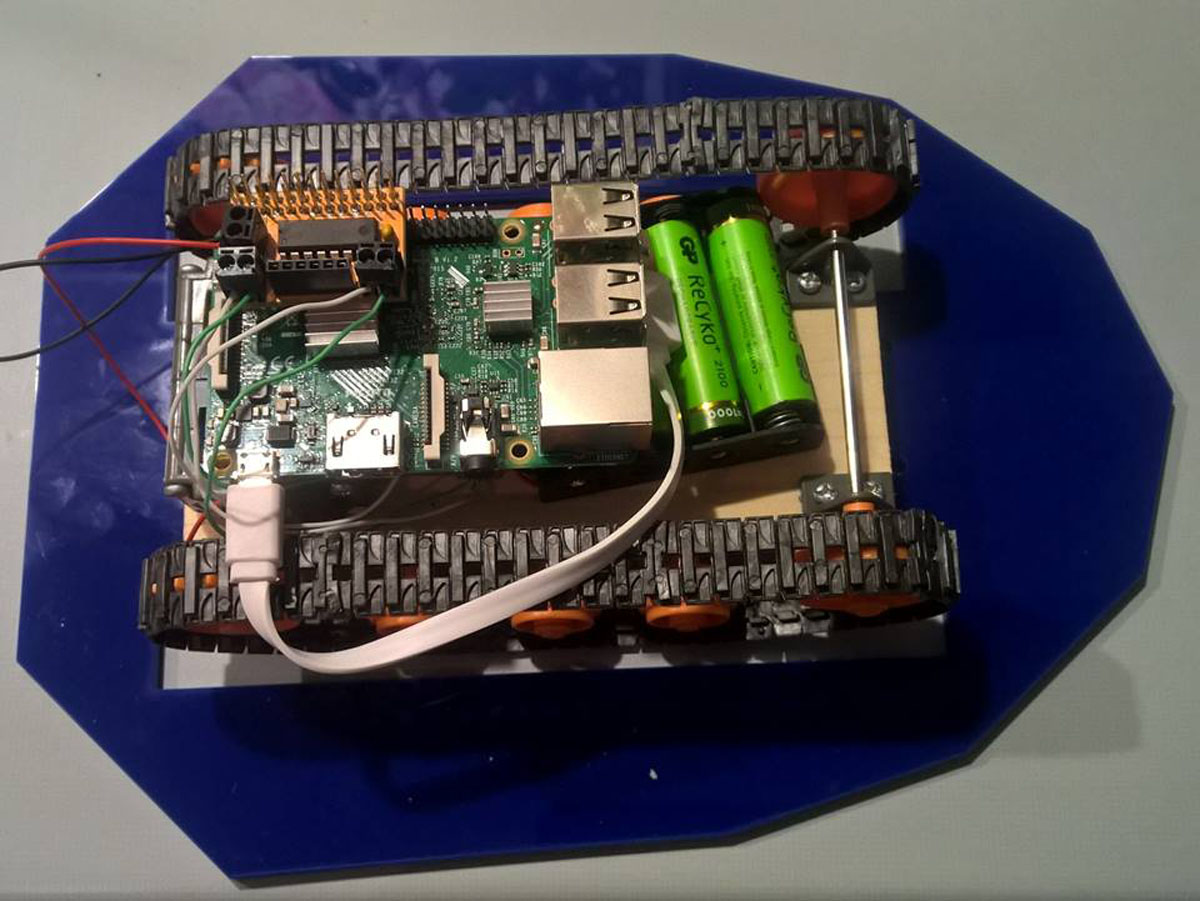